The Angel Experiment is the first book in the Maximum Ride series and also the first book of the Fugitives trilogy. The book was released in the US on April 11, 2005 and in the UK on July 4, 2005. The book is set in the near future and centers around the "Flock," a group of avian-human hybrids (98% human, 2% bird), on the run from the scientists who created them.

Do not put this book down. I'm dead serious. Your life could depend on it. I'm risking everything by telling you -- but you need to know. If you dare to read this story, you become part of the Experiment. I know that sounds a little mysterious -- but it's all I can say right now.
Max

Congratulations. The fact that you're reading this means you've taken one giant step closer to surviving till your next birthday . . . The funny thing about facing imminent death is that it really snaps everything else into perspective. Take right now, for instance . . . If no one knows about us, we stay alive.

Fourteen-year-old Maximum Ride, better known as Max, knows what it’s like to soar above the world. She and all the members of the “Flock”—Fang, Iggy, Nudge, the Gasman and Angel—are just like ordinary kids—only they have wings and can fly. It may seem like a dream come true to some, but their lives can morph into a living nightmare at any time…like when Angel, the youngest member of the flock, is kidnapped and taken back to the “School” where she and the others were experimented on by a crew of wack-job scientists. Her family brave a journey to blazing hot Death Valley, CA, to save Angel, but soon enough, they find themselves in yet another nightmare—this one involving fighting off the half-human, half-wolf “Erasers” in New York City. Whether in the treetops of Central Park or in the bowels of the Manhattan subway system, Max and her adopted family take the ride of their lives. Along the way Max discovers from her old friend and father-like figure Jeb—now her betrayed and greatest enemy—that her purpose is save the world . . . But, the question is, can she?

The story begins with Max running away from a group of Erasers. While running, she comes to a stop at a cliff edge and proceeds to jump off. Upon jumping off, she snaps out her wings and flies away from the Erasers.

Waking up, she realizes that it was all just a nightmare, then she throws on some clean clothes and heads to the kitchen of their house. As she is looking for food, Gazzy enters the kitchen and tells her good morning. Max tells him good morning as well, and when he asks her what's for breakfast, she says it's a surprise. Iggy soon comes into the kitchen as well and falls "with perfect aim" onto the Flock's couch. Fang also sneaks up behind Max and responds sarcastically when told to quit it. Max then goes and awakens Nudge and Angel.

At breakfast, Angel says that she wants to go strawberry picking, and the Flock soon does so; however, they are briefly delayed by Gazzy passing gas. Shortly after they arrive outside, Erasers come and attack them, resulting in Angel getting kidnapped. The Flock tries to rescue her, but Ari Batchelder—the son of the Flock's "father", Jeb Batchelder—holds a gun to Max's head while she tries to get into the Erasers' helicopter, resulting in them getting away.

The rest of the Flock makes a plan to go and rescue Angel. Fang looks through Jeb’s old files to find that the location of the School is in Death Valley. Max decides that she, Nudge and Fang will go to the School, while Iggy and Gazzy stay home.

The three of them fly and stop to find food at an abandoned vacation cottage, where they accidentally fall asleep. Max is horrified by the amount of time they’ve lost and they set out again, but as they fly over Arizona, she notices a girl being bullied by a group of boys. She tells Fang and Nudge to meet her at the northernmost point of Lake Mead and then dives down. However, while defending Ella, she gets shot in the shoulder. She wanders until she finds Ella’s house, where Ella’s mother Dr. Martinez patches up her arm and discovers her wings. Despite Max’s fears, the Martinezes seem trustworthy.

Fang and Nudge reach Lake Mead and spend the night in a cave, studying the flight patterns of the local hawks, while Iggy and Gazzy – resentful at being left behind and eager to fight off Erasers – begin working on traps and bombs. The Erasers return to the area the next morning, only to drive into one of the traps. Iggy and Gazzy evade them and blow up their house in the process.

Fang and Nudge begin flying around to find food and look for signs of Max, but stop in Tipisco to look for Nudge’s mother. While there, Erasers ambush them with taunts that the house is destroyed and Iggy and Gazzy are dead. The two bird kids fight them off with spray paint, leaving Ari with green hair.

Doctor Martinez takes Max to her veterinary practice for an X-ray, but they’re interrupted when Erasers arrive. Martinez hides Max in a supply closet and seems unaffected by the Erasers. The X-ray reveals that Max has a computer chip in her arm, but it’s in too deep to be safely removed. While Max spends a second night at the Martinez house making homemade chocolate chip cookies, Gazzy and Iggy arrive at Lake Mead and are reunited with Fang and Nudge. Max rejoins them the next morning.

Meanwhile, Angel is being badly mistreated at the School, forced to take part in exhausting and brutal experiments. She finds out that Jeb is alive and working with the School.

Reunited, the five Flock members set off once more for the School. They stop at a strip mall, where they see a man using an ATM. Ari and the Erasers drive by and scare him off so quickly that he leaves his card behind, allowing the Flock to withdraw two hundred dollars.

They then steal a van and visit a fast food restaurant, each of them ordering a huge amount of food. However, as they eat, they realize that they’re surrounded by people who look suspiciously like Erasers. They race out the exit with Erasers chasing after them and Max drives the van through a cornfield back onto a road where she immediately crashes into a sedan. Erasers surround the wreck and pull them out. Iggy and Gazzy escape, but the others are taken to the School, where they’re reunited with Angel. Jeb talks to Max and tells her that she’s meant for something important.

Some time later, their cages are taken outside, but they break out just as Iggy and Gazzy return with the hawks from Lake Mead. The Flock flies back to the caves there. Now homeless, they begin slowly traveling around. Max is experiencing horrible headaches and beginning to hear a Voice.

Angel tells them that she discovered more information about their real parents. As a result, they decide to go to New York to find the Institute for Higher Living, where they can find more files.

They arrive in New York and continue lying low, hiding from Erasers, and sleeping in the trees of Central Park. Eating food from street stands, they go to the New York Public Library of Humanities and Social Sciences and stay there doing research until closing time approaches and a security guard starts coming towards them. They run away and decide to take the subway to Central Park, but instead notice a light and follow it into an underground city in the abandoned tunnels. They sleep there, but are woken up by a guy yelling about his broken computer and blaming Max.

The next day, Max begins hearing the Voice frequently. It directs them around and they visit AFO Schmidt. Max keeps noticing strange things, like an Ouija board spelling out “Save the World, Max.” Angel wants a stuffed bear she’s found, but Max tells her that they’re almost out of money. Instead Angel telepathically convinces a woman to buy the bear, which she names Celeste. They’re attacked again by Erasers in the middle of the city, but one of them dies upon reaching his expiration date. While hurrying away, Max finds a bank card.

They sleep in Central Park again, but this time they’re caught there by police and run away. Max thinks she notices Jeb among the policemen. Angel drops Celeste and is heartbroken, but they keep running and hide in Saint Patrick’s Cathedral.

They manage to access the bank card and withdraw more money. They visit the 433 Building, hoping to find the Institute there. Max asks if the building has a basement, but the secretary just seems suspicious of them and they hurry out to avoid the security guards. The younger kids ask to eat at a fancy restaurant called Garden Tavern. However, they get into trouble with the manager after ordering large amounts of food. When cops arrive, the Flock smashes out of the restaurant without their food and land in some trees, where they are caught by Erasers. Ari has Celeste, but Angel telepathically forces him to give the bear back to her. However, Ari receives a call from the Director and the Erasers leave.

The Flock continues to hide out, now sleeping in a construction site. Pictures of them in the restaurant are now appearing in newspapers, so they need disguises. While getting food, they encounter a stylist who's giving out free makeovers. They camp out on a beach, where they go swimming and Angel develops gills. However, they’re soon ambushed by Erasers, who injure Fang badly. Jeb arrives and tells the Erasers to release the Flock. Fang is badly injured, and Max kisses him.

They fly back into the city once more and spend the night in the underground city, where Max talks to the guy with the computer about the computer chip in her arm. The Voice sends Max a vision and a mental map that leads the Flock through the sewer system into the Institute. There they free a group of experiments and steal files before fighting off Erasers. In the process, Max kills Ari. The other experiments leave, but Angel keeps a dog she’s found, which she names Total. Based on their new information, the Flock decides to fly to Washington, D.C.

A film adapting the first half of the book was released on Digital HD in August 2016, and in limited theaters in September.

On January 27, 2009, Yen Press published a manga version of The Angel Experiment, the first volume in a series. The graphics were done by college artist NaRae Lee as her first manga novel. It received positive reception. The School Library Journal praised Lee for her "superb job" of adapting the book to "attractive manga-style illustrations", though it noted that the narrative was "a bit slow at first". Booklist said that the plot of the story was "presented with boisterous and nicely stylized images that purposively exploit manga features, postures, and symbolism", as well as that its cliffhanger would "entice readers to seek the next in the series". A Kindle version of the manga novel was also released. The Angel Experiment is finished in the second volume of the manga.

As part of the Marvel miniseries, The Angel Experiment was adapted as a comic under the title Max Ride: First Flight. This five-issue arc debuted in 2015. 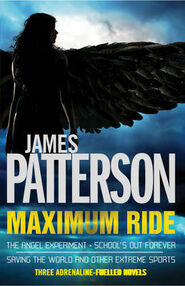 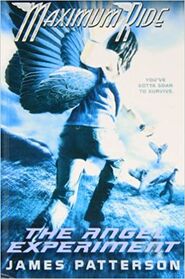 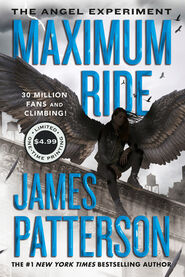 2020 limited-edition reissue
Add a photo to this gallery 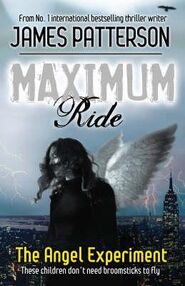 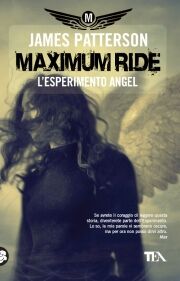 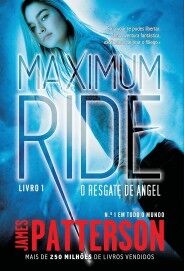 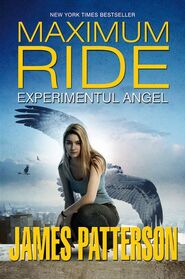 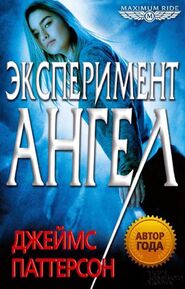 Эксперимент Ангел (Russia)
Add a photo to this gallery
Retrieved from "https://maximumride.fandom.com/wiki/The_Angel_Experiment?oldid=22396"
Community content is available under CC-BY-SA unless otherwise noted.