Book commercials have been released online or on TV to promote several of the Maximum Ride books.

Before becoming a professional author, James Patterson worked in advertising at the agency J. Walter Thompson. He “is among the first writers credited with promoting books through television spots.”[1] To promote his 1993 thriller Along Came a Spider, he “wrote, produced and paid for a commercial”, convincing his publisher Little, Brown and Co. to support this advertising method.[2]

James Patterson worked with the branding and advertising agency The Concept Farm, which created commercials, radio ads, and websites to promote his work.[3] The New York-based group was founded by Griffin Stenger and Gregg Wasiak, who had previously worked for Patterson at J. Walter Thompson and had been mentored by him. Patterson praised their ability to produce "a movie-thriller-class TV spot for a book-thriller."[4] By 2014, the Concept Farm had created more than 50 TV spots which "dramatized the promise of the 'movie-like' roller coaster ride of a Patterson read."[5]

It has not been confirmed whether the Maximum Ride commercials were among the Patterson TV spots created by the The Concept Farm. However, The Concept Farm did create and maintain the maximumride.com website and message boards, as well as a live version of Fang's blog, all of which operated for years.[6][7][8]

A brief trailer was produced for The Angel Experiment. It featured visuals of birds and of aerial city views.[9][10]

This commercial for the third book is also known as "Night Flight" and was released in 2006. It features Max evading a group of Flyboys, rendered in CGI. There were different cuts of the spot, including an exclusive web version for maximumride.com.

Max has curly blonde hair in this commercial. The actress was credited on the website maximumride.com under the name Amy Rose.

This trailer ended with the epigraph: "Hollywood here we come! With over 5 Million clicks they can't stop us! -James Patterson." This was a reference to a campaign at the time, stating that if the website received 5 million clicks then a movie would be made. A film adaptation was released in 2016.

The exclusive web version had narration.

The commercial for FANG features Max and Fang sharing a flight. Max has dark, straight hair.

Another cut with narration:

A brief commercial for ANGEL, uploaded to James Patterson's YouTube page in February 2011, consisted mostly of clips from the previous two trailers.

The trailer for Nevermore depicts Max with dark reddish hair and silver wings streaked with red. 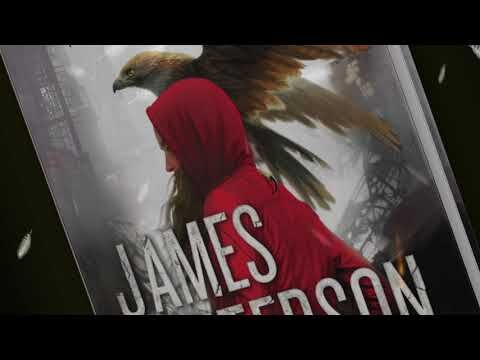 Retrieved from "https://maximumride.fandom.com/wiki/Book_Commercials?oldid=22717"
Community content is available under CC-BY-SA unless otherwise noted.